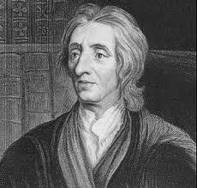 John Locke (1632-1704) was a major English philosopher, whose political writings in particular helped pave the way for the French and American revolutions.    He coined the phrase ‘pursuit of happiness,’ in his book An Essay Concerning Human Understanding, and thus this website is deeply indebted to him.  Thomas Jefferson took the phrase “pursuit of happiness” from Locke and incorporated it into his famous statement of a peoples’ inalienable right to “life, liberty, and the pursuit of happiness” in the Declaration of Independence.

What most people don’t know, however, is that Locke’s concept of happiness was majorly influenced by the Greek philosophers, Aristotle and Epicurus in particular.  Far from simply equating “happiness” with “pleasure,” “property,” or the satisfaction of desire, Locke distinguishes between “imaginary” happiness and “true happiness.”  Thus, in the passage where he coins the phrase “pursuit of happiness,” Locke writes:

“The necessity of pursuing happiness [is] the foundation of liberty.  As therefore the highest perfection of intellectual nature lies in a careful and constant pursuit of true and solid happiness; so the care of ourselves, that we mistake not imaginary for real happiness, is the necessary foundation of our liberty. The stronger ties we have to an unalterable pursuit of happiness in general, which is our greatest good, and which, as such, our desires always follow, the more are we free from any necessary determination of our will to any particular action…” (1894, p. 348)

In this passage, Locke indicates that the pursuit of happiness is the foundation of liberty since it frees us from attachment to any particular desire we might have at a given moment.  So, for example, although my body might present me with a strong urge to indulge in that chocolate brownie, my reason knows that ultimately the brownie is not in my best interest.  Why not? Because it will not lead to my “true and solid” happiness which indicates the overall quality or satisfaction with life.   If we go back to Locke, then, we see that the “pursuit of happiness” as envisaged by him and by Jefferson was not merely the pursuit of pleasure, property, or self-interest (although it does include all of these).  It is also the freedom to be able to  make decisions that results in the best life possible for a human being, which includes intellectual and moral effort.  We would all do well to keep this in mind when we begin to discuss the “American” concept of happiness.

John Locke (1632-1704) was one of the great English philosophers, making important contributions in both epistemology and political philosophy. His An Essay Concerning Human Understanding, published in 1681, laid the foundation for modern empiricism, which holds that all knowledge derives from sensory experience and that man is born a “blank slate” or tabula rasa. His two Treatises of Government helped to pave the way for the French and American revolutions. Indeed, Voltaire simply called him “le sage Locke” and key parts of the Declaration of Independence and the Constitution of the United States of America are lifted from his political writings. Thomas Jefferson once said that “Bacon, Locke and Newton are the greatest three people who ever lived, without exception.” Perhaps his greatest contribution consists in his argument for natural rights to life, liberty, and property which precede the existence of the state. Modern-day libertarians hail Locke as their intellectual hero.

In his An Essay Concerning Human Understanding, Locke attempted to do for the mind what Newton had done for the physical world: give a completely mechanical explanation for its operations by discovering the laws that govern its behavior. Thus he explains the processes by which ideas are abstracted from the impressions received by the mind through sense-perception. As an empiricist, Locke claims that the mind begins with a completely blank slate, and is formed solely through experience and education. The doctrines of innate ideas and original sin are brushed aside as relics of a pre-Newtonian mythological worldview. There is no such thing as human nature being originally good or evil: these are concepts that get developed only on the basis of experiencing pain and pleasure.

When it comes to Locke’s concept of happiness, he is mainly influenced by the Greek philosopher Epicurus, as interpreted by the 17th Century mathematician Pierre Gassendi. As he writes:

If it be farther asked, what moves desire? I answer happiness and that alone. Happiness and Misery are the names of two extremes, the utmost bound where we know not…But of some degrees of both, we have very lively impressions, made by several instances of Delight and Joy on the one side and Torment and Sorrow on the other; which, for shortness sake, I shall comprehend under the names of Pleasure and Pain, there being pleasure and pain of the Mind as well as the Body…Happiness then in its full extent is the utmost Pleasure we are capable of, and Misery the utmost pain. (1894, p.258)

Like Epicurus, however, Locke goes on to qualify this assertion, since there is an important distinction between “true pleasures and “false pleasures.” False pleasures are those that promise immediate gratification but are typically followed by more pain. Locke gives the example of alcohol, which promises short term euphoria but is accompanied by unhealthy affects on the mind and body. Most people are simply irrational in their pursuit of short-term pleasures, and do not choose those activities which would really give them a more lasting satisfaction. Thus Locke is led to make a distinction between “imaginary” and “real” happiness:

“The necessity of pursuing happiness [is] the foundation of liberty. As therefore the highest perfection of intellectual nature lies in a careful and constant pursuit of true and solid happiness; so the care of ourselves, that we mistake not imaginary for real happiness, is the necessary foundation of our liberty. The stronger ties we have to an unalterable pursuit of happiness in general, which is our greatest good, and which, as such, our desires always follow, the more are we free from any necessary determination of our will to any particular action…” (1894, p. 348)

In this passage Locke makes a very interesting observation regarding the “pursuit of happiness” and human liberty. He points out that happiness is the foundation of liberty, insofar as it enables us to use our reason to make decisions that are in our long-term best-interest, as opposed to those that simply afford us immediate gratification. Thus we are able to abstain from that glass of wine, or decide to help a friend even when we would rather stay at home and watch television. Unlike the animals which are completely enslaved to their passions, our pursuit of happiness enables us to rise above the dictates of nature. As such, the pursuit of happiness is the foundation of morality and civilization. If we had no desire for happiness, Locke suggests, we would have remained in the state of nature just content with simple pleasures like eating and sleeping. But the desire for happiness pushes us onward, to greater and higher pleasures. All of this is driven by a fundamental sense of the “uneasiness of desire” which compels us to fulfill ourselves in ever new and more expansive ways.

If Locke had stopped here, he would be unique among the philosophers in claiming that there is no prescription for achieving happiness, given the diversity of views about what causes happiness. For some people, reading philosophy is pleasurable whereas for others, playing football or having sex is the most pleasurable activity. Since the only standard is pleasure, there would be no way to judge that one pleasure is better than another. The only judge of what happiness is would be oneself.

But Locke does not stop there. Indeed, he notes that there is one fear that we all have deep within, the fear of death. We have a sense that if death is the end, then everything that we do will have been in vain. But if death is not the end, if there is hope for an afterlife, then that changes everything. If we continue to exist after we die, then we should act in such ways so as to produce a continuing happiness for us in the afterlife. Just as we abstain from eating the chocolate brownie because we know its not ultimately in our self-interest, we should abstain from all acts of immorality, knowing that there will be a “payback” in the next life. Thus we should act virtuously in order to ensure everlasting happiness:

“When infinite Happiness is put in one scale, against infinite Misery in the other; if the worst that comes to a Pious Man if he mistakes, be the best that the wicked can attain to, if he be in the right, Who can without madness run the venture?”

Basically, then, Locke treats the question of human happiness as a kind of gambling proposition. We want to bet on the horse that has the best chance of creating happiness for us. But if we bet on hedonism, we run the risk of suffering everlasting misery. No rational person would wish that state for oneself. Thus, it is rational to bet on the Christian horse and live the life of virtue. At worst, we will sacrifice some pleasures in this life. But at best, we will win that everlasting prize at happiness which the Bible assures us. “Happy are those who are righteous, for they shall see God,” as Matthew’s Sermon on the Mount tells us.

In contrast to Thomas Aquinas, who made a pretty firm distinction between the “imperfect happiness” of life on earth and the “perfect happiness” of life in heaven, Locke maintains that there is continuity. The pleasures we experience now are “very lively impressions” and give us a sweet foretaste of the pleasures we will experience in heaven. Happiness, then, is not some vague chimera that we chasing after, nor can we really be deluded about whether we are happy or not. We know what it is to experience pleasure and pain, and thus we know what we will experience in the afterlife.

The relation between Locke’s political views and his view of happiness should be pretty clear from what has been said. Since God has given each person the desire to pursue happiness as a law of nature, the government should not try to interfere with an individual’s pursuit of happiness. Thus we have to give each person liberty: the freedom to live as he pleases, the freedom to experience his or her own kind of happiness so long as that freedom is compatible with the freedom of others to do likewise. Thus we derive the basic right of liberty from the right to pursue happiness. Even though Locke believed the path of virtue to be the “best bet” towards everlasting happiness, the government should not prescribe any particular path to happiness. First of all, it is impossible to compel virtue since it must be freely chosen by the individual. Furthermore, history has shown that attempts to impose happiness upon the people invariably result in profound unhappiness. Locke’s viewpoint here is prophetic when we look at the failure of 20th Century attempts to achieve utopia, whether through Fascism, Communism, or Nationalism. 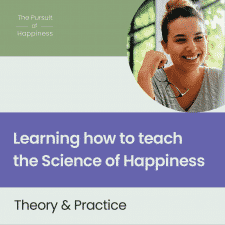